From Health Crisis to Moral Crisis: What science can do?

Recently, the United Nations Secretary-General António Guterres criticized the “wildly uneven and unfair” distribution of the COVID-19 vaccines. He stated that “Just ten countries have administered 75 percent of all COVID-19 vaccines. Meanwhile, more than 130 countries have not received a single dose.” He declared that “at this critical moment, vaccine equity is the biggest moral test before the global community.”

He also called for an urgent “Global Vaccination Plan to bring together all those with the required power, scientific expertise and production and financial capacities.”

The choice of the word ‘power’ before ‘science’ and ‘capabilities’ was interestingly meaningful, especially if we are familiar with the recent events such as in some regions where the government officials and Ministers were being secretly vaccinated before the vaccination of front-line healthcare workers could begin.

One of the lessons of the pandemic is, as Professor Richard Horton, the editor of The Lancet, says, “we need to take science in our society more seriously.” Professor Frederick Soddy, the Noble Laureate in Chemistry whose contributions to economics have rarely been recognized by the mainstream economists, writes in his book “Wealth, Virtual Wealth and Debt” that though science has removed “so much of the heavy burden of life” from the back of the humankind “so far only a single step has been taken on the road to economic freedom, but the tragedy is that even this step humanity frustrates.” If one recalls two headlines in the Business Insider on January 26, “Billionaires made $3.9 trillion during the pandemic” and “Workers lost $3.7 trillion in earnings during the pandemic,” it is not difficult to visualize this frustration even today.  Thus, in this critical moment when the COVID-19 is showing no sign of leaving us sooner, we should question ourselves what has changed in this almost 90 years since Soddy observed that the evolution in the social conditions of humankind did occur but “without changing by one iota its essentially parasitic character.”

Most conversations don’t end when people want them to, study finds 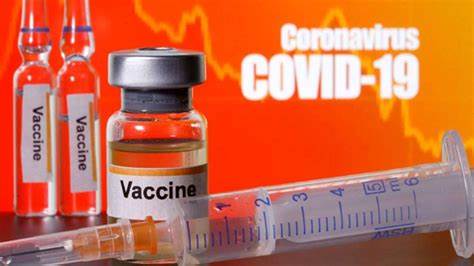 It is a well-known fact that there is hunger on Earth not because the planet is not producing enough food for all of us but because the vaccines are not the only resources going through “wildly uneven and unfair” distribution. The vaccine distribution has just highlighted the way mainstream economics usually distribute scarce resources. There is nothing unusual! Though the pandemic emerged as a healthcare crisis, it highlighted a more significant crisis in our social and moral conditions.

If science can produce, why cannot it distribute? It was the question Soddy raised almost a century ago, and we have not found the answer even today, despite we are racing to conquer Mars and are planning to set up base camps on Moon. We are looking for life on other planets while life on our planet is losing our sight. “Why science that can see a galaxy as far as 13.3 billion light-years from me cannot see my empty bowl?,” a half-clad boy who just broke the coronavirus lockdown to find food may ask. Does the scientific community have the answer?

Most conversations don’t end when people want them to, study finds