Two scientists who pioneered an entirely new way to treat cancer have won the 2018 Nobel Prize in Physiology or Medicine.

James Allison at the University of Texas MD Anderson Cancer Center in Houston and Tasuku Honjo at Kyoto University in Japan will share the 9 million Swedish kronor (US$1 million) prize.

The pair showed how proteins on immune cells can be used to manipulate the immune system so that it attacks cancer cells. The approach has since led to the development of therapies that have been hailed for extending survival in some people with cancer by years, and even wiped out all signs of disease in some people with advanced cancers. Researchers have flocked to the approach, and immunotherapy is now one of the hottest areas in cancer research.

In the 1990s, Allison, then at the University of California, Berkeley, was one of several scientists who studied a ‘checkpoint’ protein, CTLA-4, that acts as a brake on immune cells called T cells. In 1997, Allison and his colleagues engineered an antibody that could bind to CTLA-4, removing the brakes on T-cell activity and unleashing them to attack cancer cells in mice. A clinical study in 2010 found that the antibody had a striking effect on people with advanced melanoma, a form of skin cancer1.

Working independently of Allison, in 1992, Honjo discovered a different T-cell protein, PD-1, which also acts as a brake on the immune system but by a different mechanism. PD-1 went on to become a target in the treatment of cancer. In 2012, research in people revealed that the protein was effective against several different cancers, including lung cancer, a major killer2. The results were dramatic — some patients with metastatic cancer went into long-term remission, raising the possibility of a cure.

“Allison’s and Honjo’s discoveries have added a new pillar in cancer therapy. It represents a completely new principle, because unlike previous strategies, it is not based on targeting the cancer cells, but rather the brakes — the checkpoints — of the host immune system”, said Klas Kärre, a member of the Nobel Committee and an immunologist at the Karolinska Institute in Stockholm who described the work of the prizewinners during the Nobel announcement. “The seminal discoveries by the two laureates constitutes a paradigmatic shift and a landmark in the fight against cancer.” 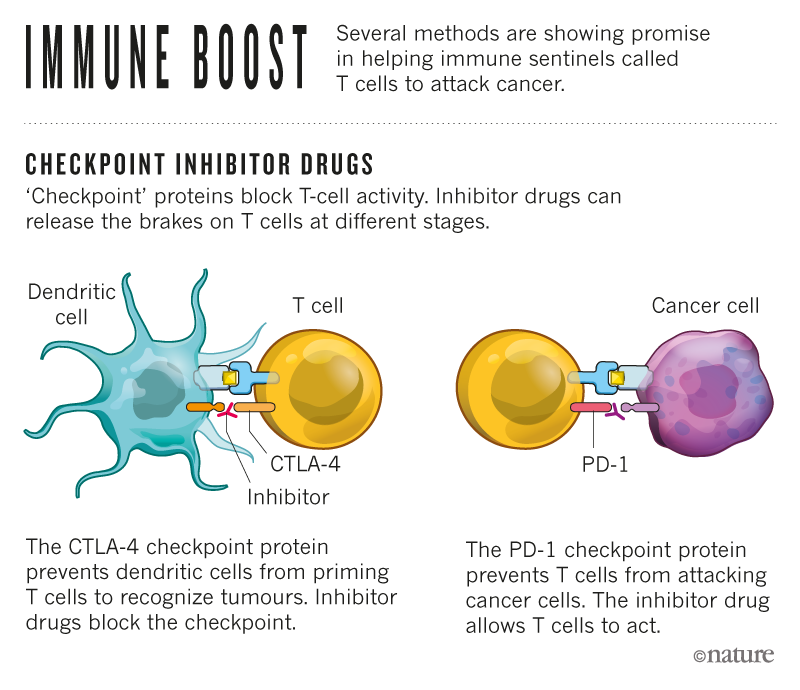 But Allison and Honjo were not alone: others also made important early discoveries about checkpoint inhibitors, notes Gordon Freeman, an immunologist at the Dana-Farber Cancer Institute in Boston, Massachusetts, who was disappointed not to be recognized for his contributions. Freeman, along with immunologists Arlene Sharpe at Harvard Medical School in Boston and Lieping Chen at Yale University in New Haven, Connecticut, also studied checkpoint proteins, as well as a molecule that binds to PD-1 called PD-L1.

Through it all, it’s been thrilling to watch the field develop, says Freeman. “It’s really been just an incredible amount of human creativity and energy,” he says. “It’s wonderful because so many cancer patients are doing better.”

In 2015, Allison won a prestigious Lasker prize for his work on cancer immunotherapy. In 2016, Honjo won the Kyoto Prize in basic sciences, a global prize awarded by the Inamori Foundation.

The complete news can be found at the Nature.

‘Father of fiber optics’ dies at 84